There was once a girl, who wanted to run a race with her Dad. Not a problem, you might think, except that this girl happens to have cerebral palsy, very little control over her own body, and whilst she can drive her power chair pretty fantastically with her mouth, it doesn't really go fast enough to let her take part in your average race.
It would have been easy to say sorry, but not this time, Poppy. But instead her Dad, her family, a bunch of people from the university, and Cerebra all got together, and came up with the solution, and Poppy got to enter a triathlon. Not content with that, they ran the Severn half marathon this weekend. 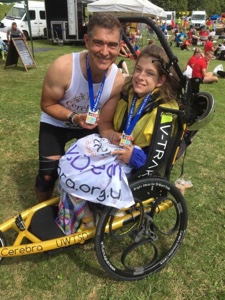 So far, so amazing.
But it doesn't stop there. Because whilst training for the triathlon, they met Ben from Surfability (http://www.surfabilityukcic.org/).
And another friend declared an interest in surfing. Which, as a child with a vey wobbly walk and an interesting set of seizures, isn't something her family had ever considered possible for her either.
And so, as Poopy trained for her triathlon, another team sat down and started to make another dream happen. And one child's dream grew, and Special Kids in the UK (www.specialkidsintheuk.org) got involved, and a team of families were invited over to the Gower to have a go.
And Amana and I were there. 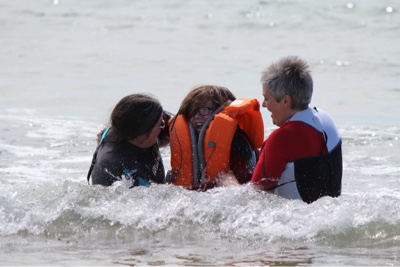 This was Amana's first ever experience of sitting in the sea. Her first time to feel the waves, her first experience of wet sand being sucked from under her, her first  chance to discover that the sea is salt. 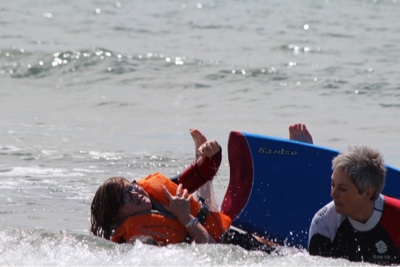 I'm in that photo somewhere...
It's safe to say she loved it. 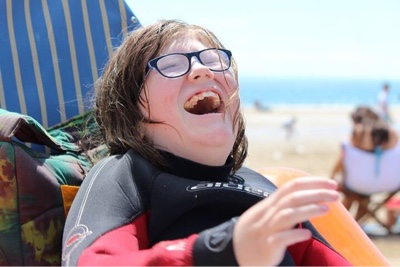 Lunch with friends, and then back into the water for the main event. 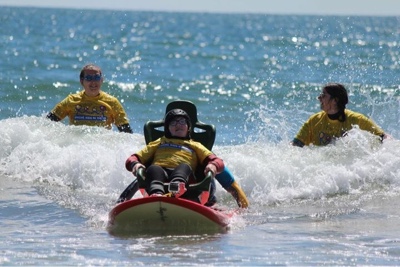 On a specially adapted surfboard, with Ben behind to steer, she rode the waves 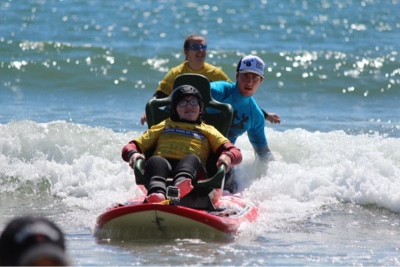 And she loved it!
But it doesn't stop there. Because after sitting back and surfing from up high, she wanted to go back into the water. 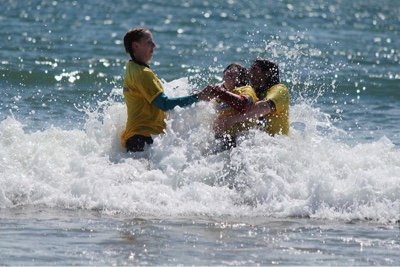 And when she'd finished playing, she saw the regular surfboards, and decided she'd like to try solo. 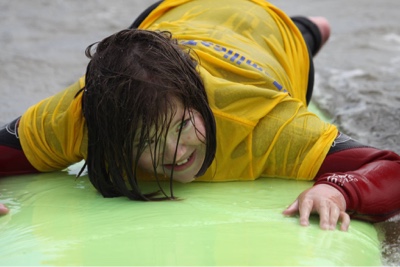 And so she did!
Not bad for an eleven year old who had never even sat at the waters edge letting the waves lap her toes up until that morning.
So thank you, Rob and Poppy, than you Surfability, and most especially, thank you Special Kids in the UK for making it happen. 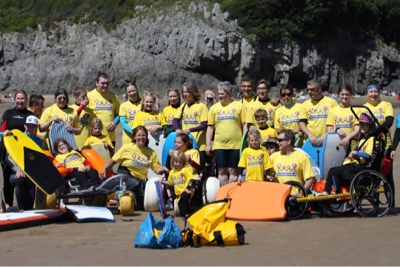 (And thank you David and Ashleigh for the photos!)
Tia
Posted by Tia at 21:32