Ever wondered what it might look like if several thousand rubber ducks were released all at once in a fairly slow running stream?

Despite many eddies, an unfortunately situated gully, and several vole holes, eventually a leader duck made it across the finishing line, netting it's lucky owner £300.

We didn't win. But, as one of the charities who will benefit was ROSY, the girls were grabbed by a photographer and a rather large duck, to spread the word. Smiling at a photographer with a huge camera is a big enough prize for tLP, at any rate. And mad races across fields and around the garden centre work pretty well as a back up. As for me, I'll settle for tea and cakes and the sound of happy children.

A lovely afternoon together before tLP's sleep study. Currently sharing a hospital room with two babies and a woman who may be in labour. It's an interesting location. 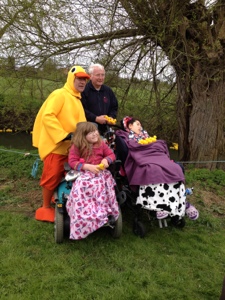 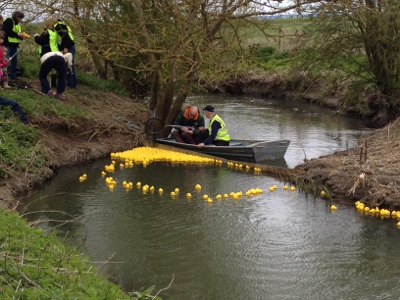 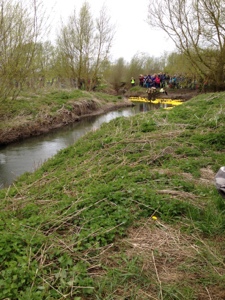 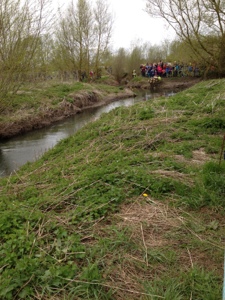 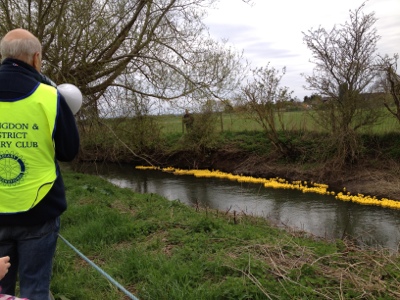 ROSY - I do believe that is the charity that Thrupp Canal Cruising Club are supporting this year. They have a book shelf by the lift bridge and any money raised goes to charity - ROSY has it this year!