Throw away the key

So it's a wet day, day four of a wet bank holiday and half term. We're Jubilee'd out, we're definitely flagging. Only one thing for it - send the girls to prison.

Too wet for outside photos, and I was kind of hoping the website would have plenty of their own, but, annoyingly, it doesn't. Still, we took a trip here to Oxford Castle, and spent an afternoon with headless monks, serving wenches who had survived their own hangings and dissections, and a motley crew of ex prisoners and guards. 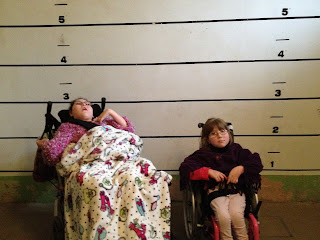 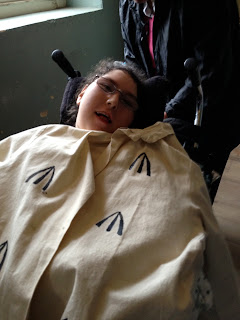 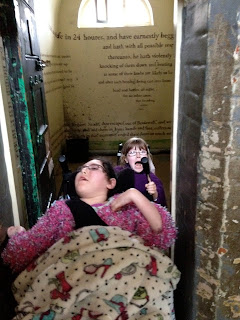 The ancients climbed the Saxon tower, but I didn't fancy carrying them up 101 uneven and ancient steps felt the girls would benefit more from a series of dire warnings. 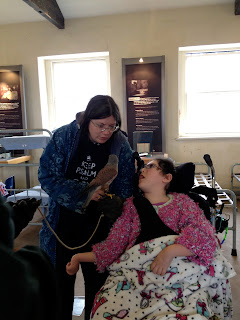 Happier things happening up at the top of the castle, where the falconers had taken refuge against the pouring rain. Warmer for them, excellent for us, as we could get a little closer than when they'd been huddled in a gazebo at the top of a flight of steps.

Mog was really interested in the kestrel, but I think the rest of us preferred the barn owl. Even the Little Princess decided it might possibly be ok to come out from behind parents and grandparents to at least have a hint of a look. 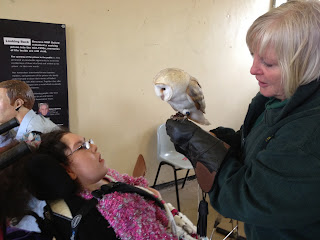 Picture taken shortly before the owl mistook Mog's nose for a mouse. Happily, Barn Owl beaks are rather soft, and a little nibble is more of a tickle than a major injury.

It didn't encourage tLP to get any closer though! And we decided to avoid the hawk. 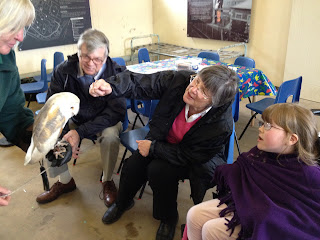 Brave Princess, watching Grannie offer up her finger as another fake mouse.


And then back downstairs, where the headless and skeletal monk obligingly removed his face mask and lifted his skirts to show tLP he really was just a person pretending, and even had jeans on under his robes. No nightmares tonight then. Unless induced by tLP's attempts to eat her own bodyweight at the Chinese Buffet we had for lunch.

All in all, a rather good and not too damp day. New knickers for a cousin, new trainers for the most reluctant shopper in the world, up front and personal introductions to feathered things for Mog , and vivid memories of tiny cells with which to threaten misbehaving children.

And home, and no arguments before bed, and no saline under pressure related incidents (don't ask; far too frequent to be funny), and two cats united in depopulating the nearest hedge. Birdy people; any tips on persuading birds that perhaps nesting 2 foot off the ground in an urban area claimed by at least 8 cats is possibly not the wisest choice? Experience doesn't appear to do it...