The force is strong strange in these two.

Take one busy, active, intelligent six year old boy who lives, sleeps and breathes Star Wars. Add one determined eight year old girl who has no idea about anything Star Wars related, apart from the fact her friend really really likes it. I should probably rectify that. Maybe.

Anyway, it's not a particularly likely partnership. But somehow it works 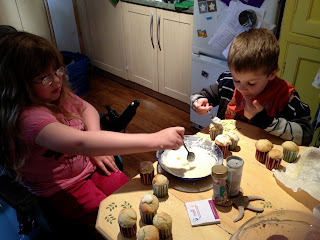 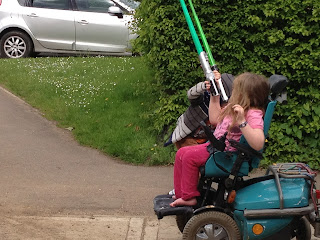 Neighbours and passersby are perturbed by the appearance of two Jedis; one who doubles as a Ninja without extra pay. 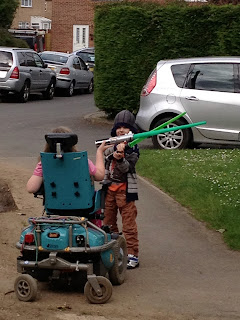 The grass gets crushed into submission, to teach it to grow when the gardener is away. 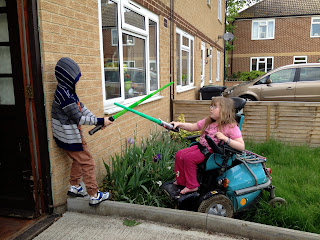 Miss Mog gets to sit and listen and giggle mightily all day long. 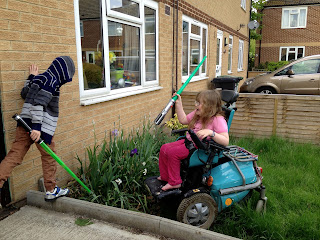 And I have the satisfaction of a small child fast asleep before half past six in the evening.


I'll spare the Ninja Jedi the photos of his stint as hairdresser, good as he is with a very girly purple comb.

And I'll spare the world the sight of the Doctors/Police/Ambulance/Hospital/Dark Side mission which seemed to involve bare toes, many arrests made with the aid of a bandage and a yoyo, and a largish box of pencils.

But a good time was definitely had by all. Friendship. Strange but true.

aww love her comment at the end--the joys of good friendships. So glad that she has such and good friend and that they had a wonderful time together.
Debra