Today I attended the funeral of a friend’s son. A young man. Way back when the internet was young and I was just starting out as a foster carer, I joined a bunch of email groups and nIRC chat rooms, in an attempt to meet other families with disabled children. I joined anonymously, as we were encouraged to do in the days before Facebook. And in the very first group I joined, a woman instantly recognised my Y, and me. And there she was again in the next group too, with her son the same age as Y, and briefly in the same educational setting, although her son had taken a very different path through school in the end. A young man determined to live an independent life, despite his utter dependence on others. Who lives that independent live, hard don, until he suddenly got ill, and just as suddenly, couldn’t live that life any longer.

He should have had a great room full of mourners. There should have been people from all parts of his life playing tribute, raiding memories, celebrating his life and marking his loss.

And instead he had a precious few officially sanctioned mourners, with wider family including his sibling and grandparents unable to attend in person. And so we attended, via live stream, whilst life here rudely refused to be interrupted even for the brief service he was granted.

A funeral on my phone and a toddler on the trampoline. Pain and beauty. Loss and new life. Grief and the garden. 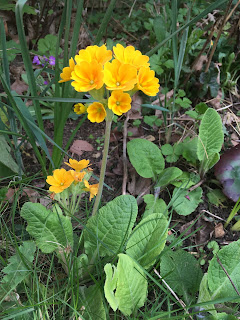 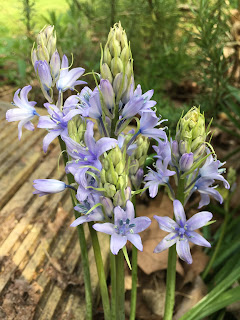 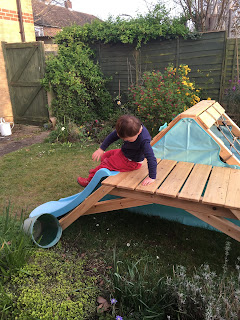 Oh Tia, I am so sorry. My condolences on your loss.