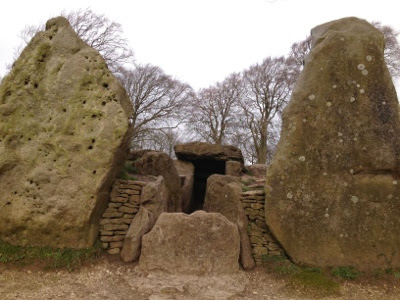 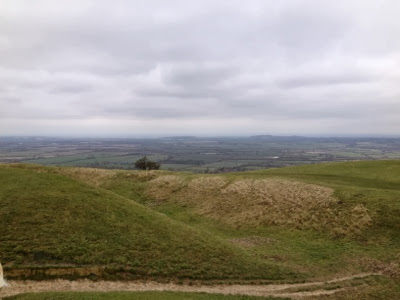 At some point, a white horse was painted on the side of the hill.
People moved away. Different people moved in. Vikings invaded. And Romans. And Frenchmen. Not necessarily in that order. Christianity spread. Legends grew.
At the foot of White Horse Hill, a small mound has two bare spots. As St. George killed the last dragon in England, the dragon flew over this hill, and shed two drops of blood. Nothing has ever grown there since.
And the Neolithic burial mound gained a new notoriety as Wayland's Smithy. Perhaps on wilder nights, his hammer can be heard across the Downs, showing travellers' horses and helping them along the way?
History, legend, the mythology of our nation. And today we walked along just a tiny stretch of one of the oldest roads in England. A friend, her dogs, a handful of lost sheep. And the echoes of ancient times. It's all good.
Tia
Posted by Tia at 15:46