I've not been here very much this summer. One or two thousand things going on, small children falling into the habit of regarding the computer as their property during the day, a Kindle with unlimited reading material, and general lack of headspace has all led to minimal blogging.

I could write the missing twenty posts, some half written in my head, others with three photos lined up neatly in a row, and backdate them to fill the gaps. Or, I could post the edited version here and take up where I left up, now that the girls are finally back in school.

It's been a long summer.

Surgery for the Little Princess at the start of term six, meaning absolutely minimal school for her from May until this week. Illness for Mog at the same time, passing virtually unnoticed due to the competence of the team of friends and professionals who cared for her as I watched over tLP. Only once she was better did we all take stock and realise this was an illness, not a new normal.

I have a new routine I'm just about getting to grips with; late night meds for one child added to the early morning meds for the other mean sleep is less than it could be, especially since tLP does still wake at the moment needing either more pain relief (thankfully reducing) or just turning and unplaiting (drainage bag plus overnight feed plus legs with no feeling in them produce some interesting tangles). 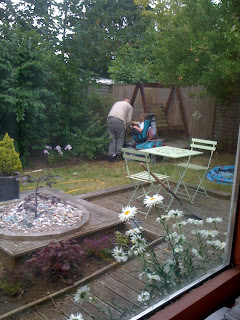 tLP demonstrating the usefulness of her wheelchair when gardening - down low to weed, up high to prune, and whizz whizz across the newly mown grass (cutting nice divots out of it) to pass plants to the gardener. 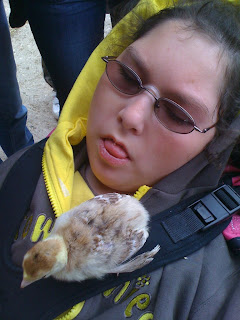 Mog choosing our Christmas Dinner cuddling Turkeys at Peachcroft Farm on a trip with the Brownies. 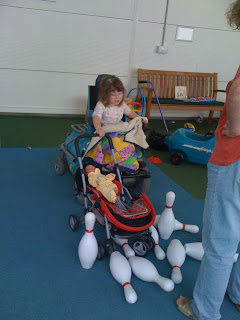 tLP inventing a new version of skittles in the outdoor playground upstairs at the Children's Hospital. No need to stoop to pick up the ball, and minions will restack your skittles for you. 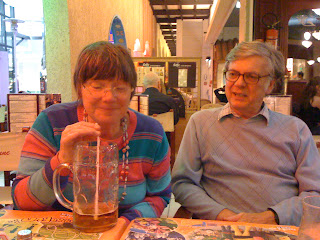 Mog's Birthday trip to France, only thirteen months late. Cut short due to problems with the Tunnel, so only time for Carrefour and lunch. Grannie made the most of it though!* 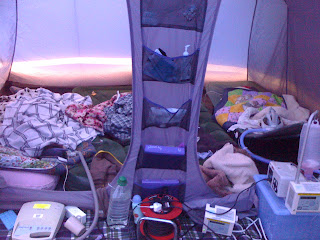 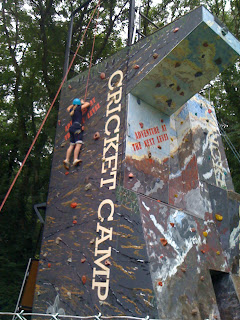 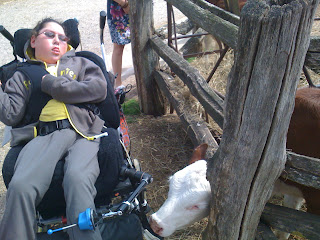 With another trip to another farm. 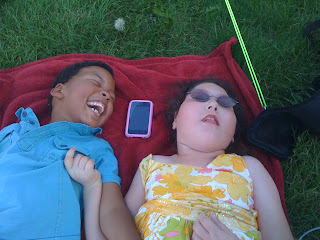 And then New Wine. 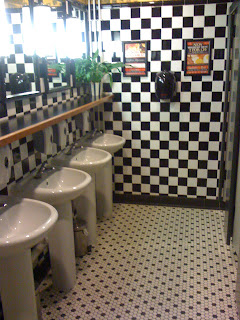 The Migraine Toilet we found whilst taking Great-Grannie shopping in Witney. My eyes, my eyes! 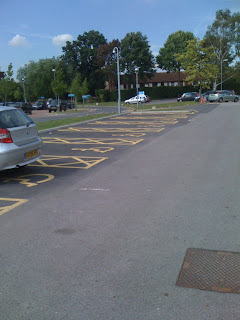 And possibly the emptiest hospital disabled parking ever. Photographic taken as proof - just an ordinary Wednesday, not late, not early, just empty. Note to self: schedule as many future appointments as possible in the school holidays. 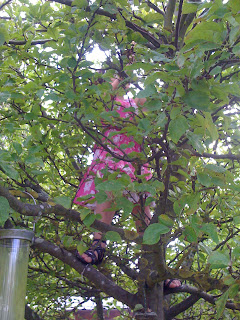 Two Princesses, enjoying our apples. One up high 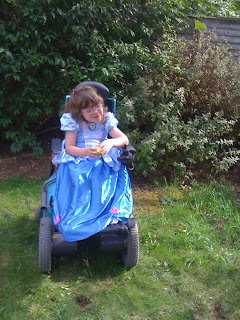 and one to catch. And a few more of us standing by with plastic bag and open arms. 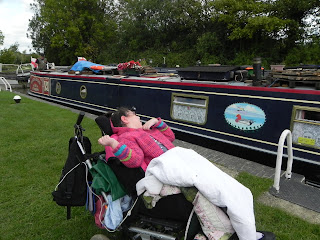 A trip to Tring, to visit friends who don't live there 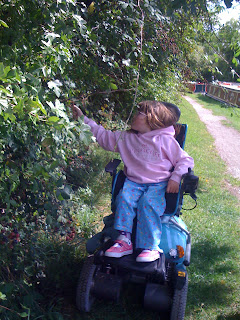 and to eat blackberries 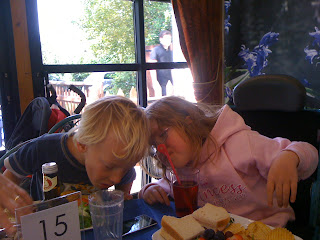 And then back to school for the Little Princess one day, Mog the next. Or so I thought. An early night before the start of school interrupted (oh, so interrupted) by a very very unexpected foster placement. A quiet Mog-and Me day interrupted by entertaining said fosling then waving goodbye to our shortest placement ever. And then the news that Mog's classroom was not ready (building work), so best if she stayed away on Wednesday.

Then on Wednesday the news that there was no nurse, best if Mog could stay away on Thursday too. And finally on Thursday an agreement that we could go back to last term's agreement, namely that Mog could go to school but that I would stay very local to be on call for emergencies.

So today, a few days later and a whole lot tireder than expected, Mog finally went back to school. 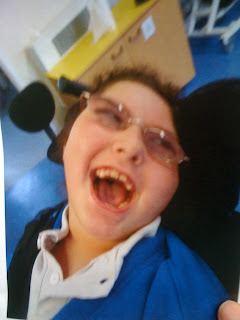 It's not the best photo (phone pic of a computer printout of a blurry photo), but I think it's safe to say she was pleased to be back.

And I, I had an empty house. So many plans, mostly involving a lot of not having to go out anywhere, make conversation, or do anything at all. A long bath. Bliss. Unfortunately followed by a whole lot of life getting busy (no, nothing exciting), and a fairly unrelaxing day which ended with one very very overtired little girl learning the sad lesson that behaviours picked up in school aren't any more acceptable at home than I imagine they are at school. And if they are acceptable in school, that we still Don't Do That Here, Dear.

All cuddles at bedtime though. And tomorrow is Saturday, which means pancakes for breakfast and quite possibly pyjamas all day long. When school sent homework asking what our family traditions were, I wonder if that is the sort of thing they really meant?

So the summer is over, we all survived it. We had two good weeks away, both girls have started school fitter than they were at the end of last term, tLP has managed four full days at school - more than she's had since May, and there is just the faint possibility that my house might actually have a floor and clear surfaces one day in the not too distant future.

I say we all survived it. We didn't. Gotcha was run over mid July. Grolly has been missing for ten days now; I don't hold out much hope for seeing her again. Our little feline squatter (who lived around the corner but spent most nights on our piano) has not been seen for a similar amount of time. Goway, after an absence of several months, has now decided the house is his again, and has taken to popping in at midnight for food and a greeting, although he won't let me touch him.

And that's us, really. Conversations about the next round of surgery begin towards the end of the month, I think Mog may have outgrown her chair and need it tweaking, tLP's home manual chair has fallen apart so I need to sort out a replacement, and all the thousand and one things I'd shelved until the start of term are now starting to fall off the shelves (and how how the top of my head wishes that were merely metaphorical).

So, how have your summers been?
Tia

A busy summer, glad you are 'back'. Lovely to see Mog happy to be at school. I've just started caring for my Grandson aged 1 for 2 days a week, meaning I have to get up earlier. Pyjamas and pancakes sound a good idea, what time should I arrive? ;)

Our summer was good - hardly noticeable, really. Nothing much changes in our schedule, since Ike is homeschooled.

Unfortunately, his seizures have returned; and if I could figure out why I would be a wealthy woman, indeed.

Your comment about the metaphorical things falling being not so metaphorical had me laughing out loud. I so totally understand what you mean! Isaac's week's worth of pills in the pill box fell out of the cabinet last Saturday night. My hubby spent a good hour the next morning searching for the missing ones so that the dogs wouldn't consume the seizure meds. We never did find 3.25 of them...but the dogs are ok, so we'll count our blessings. And close the cabinet more securely tonight!

I loved seeing all the pics!
Alesha

Welcome back!
pj's and pancakes sound like a lovely Saturday. Wonder if I could plan that for tomorrow (Mon)... I'm sure the teacher's wouldn't mind me dropping Josh @ school still in my pj's... oh well.