Miss Mog has managed 2.5 days in school so far this last term. She does have the unusual distinction of having beaten her sister's attendance rate, but then she does not have her sister's neurosurgery excuse.

But, starting a couple of days ago, Mistress Mog decided to make it clear that she might just be feeling better. 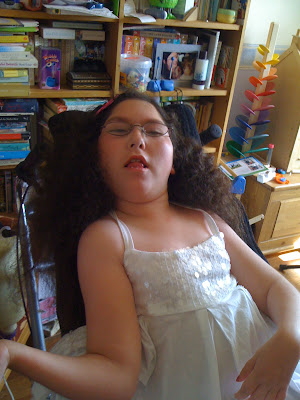 But most of the last three days have been more like this. 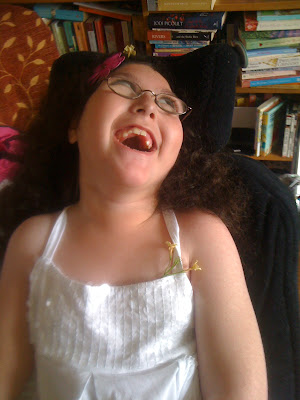 And I don't know what's been added to her milk, but I want some! 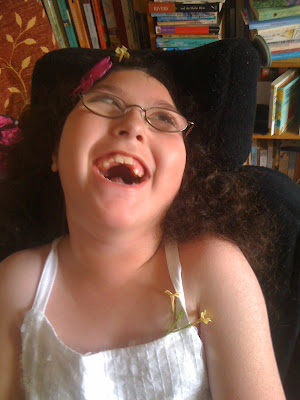 (I'd also like some antidote, since she's been laughing most of the night too) 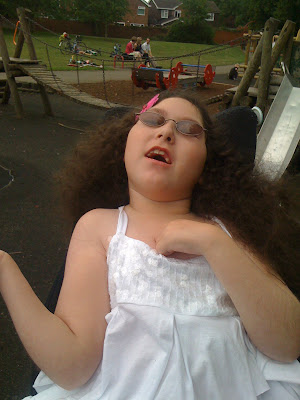 Little Sister insisted on getting in on the action. 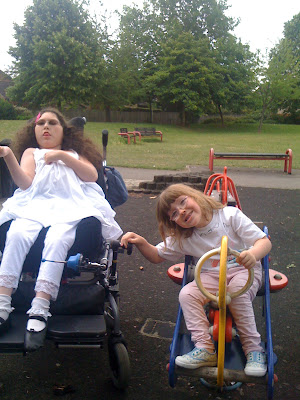 Lovely to see some pure joy.

Thats lovely! Welcome back Miss Mog - we have missed your laugh xxxx

She is so beautiful! What a gorgeous grin, I bet its infectious :D (But not so much in the middle of the night ;) )

the effects of giggle juice is fun to watch during normal waking hours. Josh gets into this, too. The other night he giggled himself under the table!!

Mog, I LOVE it!
(but daytime only please)
K x

So happy that she's happy- Her hair is *beautiful*!

Lovely happy Mog - a delight as always to see her smiling face. God Bless you Mog - you are wonderful xxxxxxx

(and Mummy and tLP are ppretty special too)

I've only just found your blog but I had to comment and say that dress looks beautiful on Miss Mog :) x