We had a carer this morning. She got Mog up for me, managed to brush the Little Princess' hair, and even found time to play a game of snap whilst I searched for the remnants of my sanity, still somewhat shredded from yesterday's activities.

And then she left, and five minutes later the phone rang. "Have you got both your cats with you? Because there's a very flat cat down here, I think it might be one of yours." 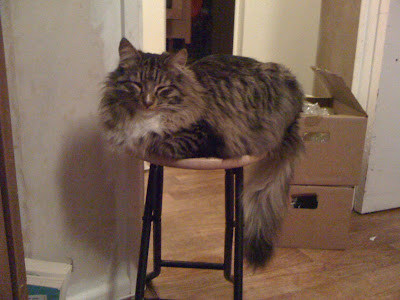 And so I spent this morning shovelling Gotcha off the pavement. Far too big a beastie for the bag I had brought with me, I posted his face into it and carried one very stiff, ridiculously heavy, ex-feline friend 300 yards to the vet. Apologies to anyone who may have been walking children to school at the same time, but I couldn't leave him there. He slipped his collar last week; would someone have called me if he'd been wearing it? I don't think it would have made any difference to the outcome, but who knows? 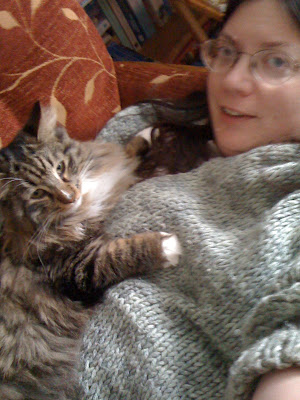 I can't say Goodbye, Old Friend; he was only two. I can say I bottled out of trying to explain cremation to a six year old, only to spend the afternoon trying to explain that no, he won't mind being buried because there's nothing left to mind. 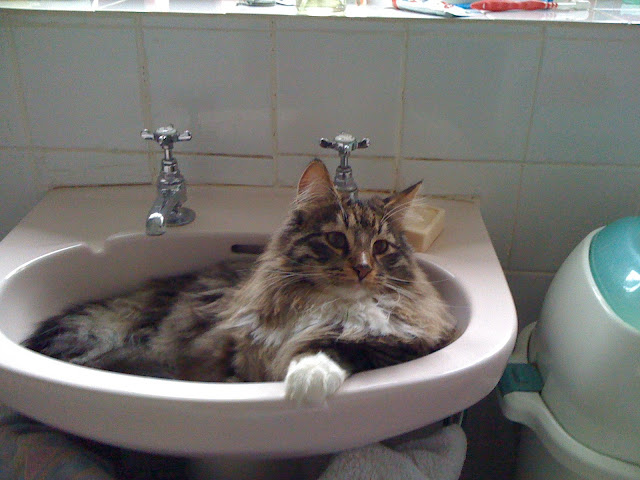 And then this afternoon, his new collar arrived in the post. 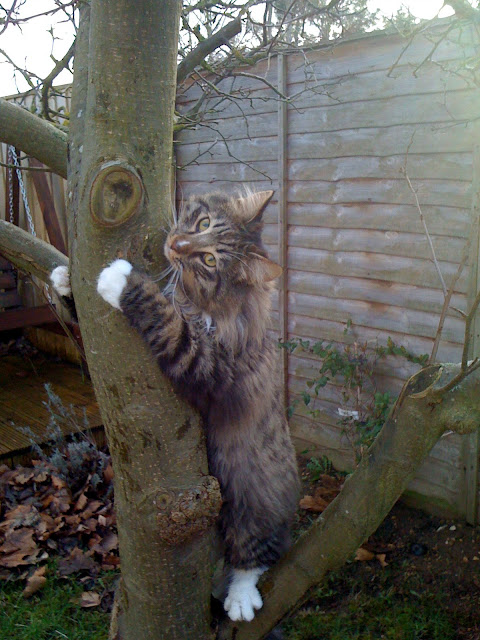 I think it's safe to say today has not been a great day either.
Tia
Posted by Tia at 19:10

Oh dear, I'm very sorry. Well done for dealing with it all.

So sorry Tia, however you mangaed much better than I would have done. When our dog, who had tried to get the better of me all the time we'd had him finally had to be put down, I was blubbing even before I left the surgery. Couldn't even bear to watch the awful deed.
I can only wish you a much better weekend, in fact will PRAY it is much better

So sorry! Praying your weekend will go MUCH better than the week has!!

I am so so sorry to hear this Tia, Much love to you - cats so rapidly become part of the family and it's heart wrenching when they die so prematurely.

I am so desperately sorry, Tia.

My cats have to be inside cats because I live so close to two very big busy roads (motorway only a few hundred metres away too) - I also live somewhere where some people are not nice to cats, so it's better all round.

Remember to be kind to yourself, and remember that Grolly will want to look after you for him.

So very sorry...it's never easy to deal with this sort of thing, especially when you have to explain to a little one. {{{hugs}}}

So sorry to hear this. *hugs*