The bells, the bells 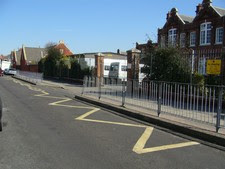 and you find yourself thinking "Oh, that's a good trace" 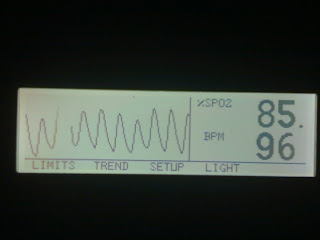 and then you realise the noise isn't an alarm; it's your engine, and you remember you are driving.

So then, you get a new monitor, a new flashy fancy monitor with a clever little setting which means it doesn't alarm every time SATs drop, only when they either drop dramatically, or they dip but stay dipped. It's very very cool. And it didn't alarm for four whole hours last night. Which meant I had to get up at 1AM just to check it hadn't been switched off.

Unfortunately it then went off at approximately hourly intervals throughout the rest of the night, until it got so that every time I lay down again, I could hear the beep BEEP BEEEEEEEEEP beep beep even when it wasn't actually doing anything at all. And then after about 5 it was going so constantly I gave up on trying to sleep and went and had a nice little chat with Trina. So thankful for different time zones. And intrigued by descriptions of her own home made jaw support she fashioned a few years ago out of a bicycle helmet and some tape when her son was having similar problems.

Somewhat annoyingly, it didn't alarm at all after that and Mog had a beautiful couple of hours of peaceful sleep.

And then in the morning, I made the discovery that walking isn't terribly safe either - these pedestrian crossing lights 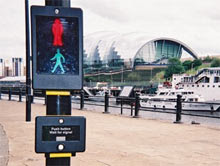 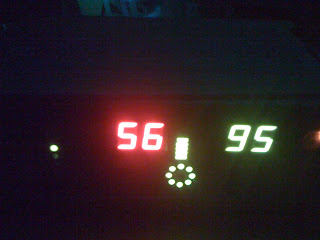 and I found myself reaching out to grab Little Fish's jaw, much to her confusion.

Yes shouting EVE at the shopping trolley when something in the supermarket beeps also gets disconcerting...especially when you realise Eve is at school!
I loved the zig zag line being a good trace. but the pedestrian lights to monitor is a bit scary.

OK hands up who's went to grab the suction when some random child in Tesco splutters near you. I often have a sats panic too when I see digital numbers only to realise it's the price on the petrol pump or cost at the checkout.

Fingers crossed for a beepless night.

So glad you will be getting night help.
Yew, I had a love hate relationship with Alicia's monitor.

I wouldn't have understood you before having a baby but I know that level you've reached. Brain starts doing funny things. Starts with washing hands with toothpaste, moves on to any close word to the one you mean being a good enough fit and starting to speak a little bit like a Yoda. Next I'd say comes the brain tricks where you just dream doing the thing and finally, here anyway, trying to feed a lump of duvet and putting the soap on toothbrush but the realisation coming very slowly. I have read parallel stories in here over last few weeks - gravy for coffee, dreaming you've attended to Mog etc. You are one tired lady Tia. Love and sympathy to you.

Oh Tia you sound so tired. I hope the night carer is going to be very soon for you so that you can have a good night's sleep. I know that mind numbing tired ness as well - it's hideous. Bless you

Hope last night was better with new mattress for Mog.

Even now I can't hear a baby crying without getting very anxious. Yay for the night carer!

Isaac - my little boy with Down syndrome who was tube fed, heard the microwave beep one time and went to turn off his pump himself - he was 3!